Phew! We made it through January.  Going into January, I was dreading the month: terrible weather, crazy schedule, getting back into the groove, etc.  First, let me say how relieved I am that we skipped the terrible weather.  I did have a treacherous longer than necessary drive, but overall it wasn't too bad.

Once my winter break was over, there were only three January weekends left.  Here are how those went for me:

First weekend - spent the weekend at the Devos Place/Amway Hotel to talk to Fair enthusiasts about the possibilities of using QR Codes in marketing.  Luckily, I was able to have Scott tag along with me to this conference.

Second weekend - I took around 42 middle schoolers to Shipshewana to a water park/hotel for the weekend. While this was fun, it was entirely exhausting.  I am happy to say that it went very successfully thanks to some great leaders and even more entertaining students.

Third weekend - I went to a Youth for Christ conference to get energized to spend more time with the kids that  I spend the second weekend with.

All were very refreshing, and fun weekends... but boy, it left me exhausted.  Needless to say, I failed at my New Years goal.  I guess I fall in that 92% of American's who fail at their New Year's Resolutions (statistic heard on the radio...).  However, I think the above clearly states why I wasn't making elaborate meals over the weekend.  Cooking was about the last thing on my to-do list.  I did try two meals this past weekend...ad I'm not joking, they were disgusting.  I was going to just post them for the sake of meeting my goal, but I figured it wasn't fair to you if I posted and convinced you to make something I found disgusting.

Anyway, I successfully made a delicious meal last night, and figured I'd share. :)

Chicken Cordon Bleu
Ingredients:
(I estimated most of my amounts, but I'll estimate for a serving of 4) 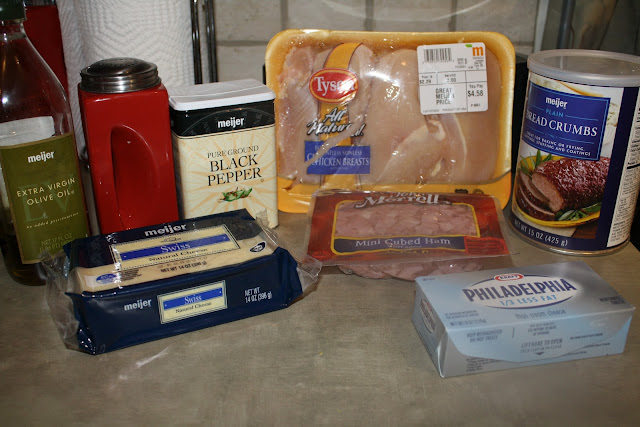 Directions:
1. Preheat oven to 400 degrees Fahrenheit
1. Salt & Pepper Chicken Breasts on both sides
2. Combine Cream Cheese and Swiss cheese in bowl (mine came out like a thick paste)
3. Combine bread crumbs, about an 1/8 tsp. pepper, and 1 tsp. EVOO in another bowl
4.  Heat remaining 1 tsp. of EVOO in an ovenproof skillet
5. Place chicken in skillet and brown on both sides (about 2 minutes per side).  Once done, move chicken to the center of the skillet so that they are touching.
6. Spread cheese mixture on chicken (it was really thick... so I used my hands)
7.  Sprinkle ham and then top with breadcrumbs
8.  Bake in the oven until chicken temperature reaches 165 degrees (about 7 minutes).
9.  Enjoy! 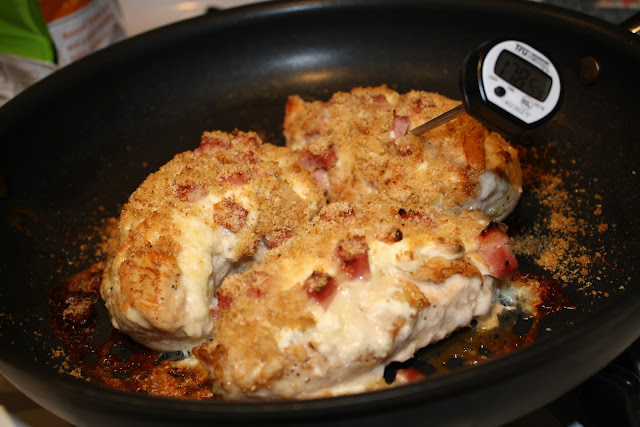 Next, Delicious Parmesan Potatoes! :) Seriously, they are yummy.
Ingredients:

1.  Boil potatoes in salted water until you can break apart with a fork
2. Mix everything else in a bowl
3. Add potatoes and mix with a potato masher (I don't have one... so I just used a low speed with a blender) 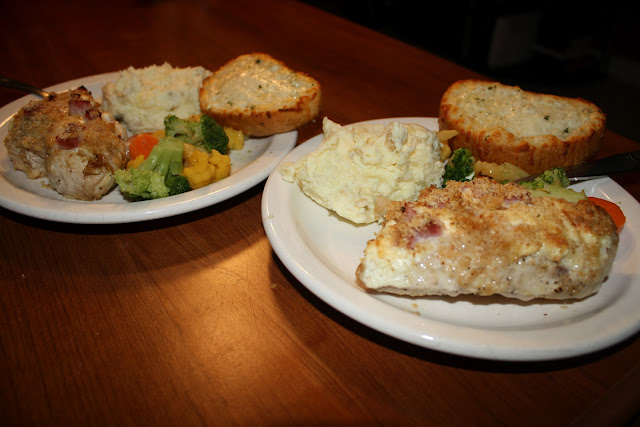 Voila - you have a delicious meal.  :)  I paired it with steamed veggies and bread. If I made this again (which I will), breadsticks would have been a better bread pairing.   It was delicious (and we have plenty of leftovers!)

P.S.  I had a chocolate craving for brownies topped with 1/2 cup cream cheese,  1/2 cup powered sugar and strawberries.  I liked it. 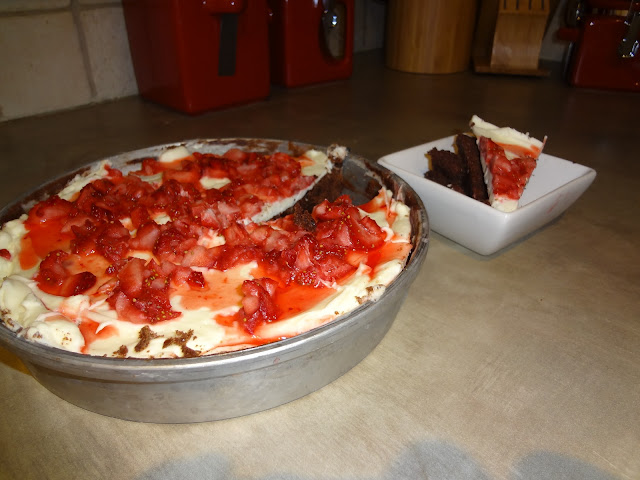 Let me know if you try it.

In other news, Scott has been extra creative lately.  If you're a facebook fan, I now have a more creative timeline header. 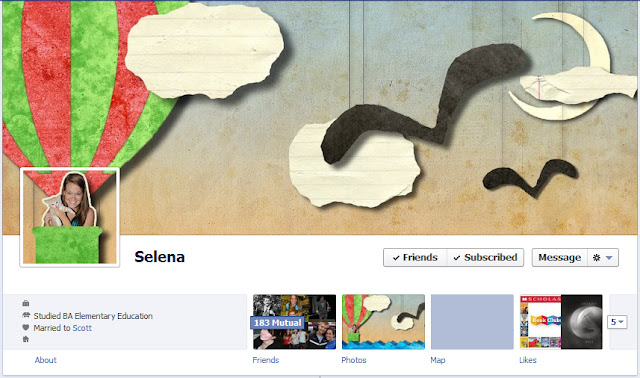 Now, on to make some homemade chicken wings for the Super Bowl (speaking of which, I'm not too excited about either team).

Feel free to pin the recipe above to pinterest: