Don't get your hopes up.  I'm sure many of you saw that title and got a little giddy, excited, nervous, dumbfounded, annoyed, etc. But, that's not this post at all.  After my last post, I figured I was in need to give my small audience a little humor.


First, I am no where near ready to have kids.

That being said, I have learned a lot about my future parenting skills through my first year of teaching.  First, let me start by saying I am scared to death of being that teacher parent.  I have high expectations of my students and while I'll have high expectations for my child, at this point, I would have a hard time separating parent-mode and teacher-mode.

But, throughout my first year of teaching, I've learned several things that I MUST teach/do with my child before sending them off to a teacher... I feel like I need to create a different tab on my blog so that I can make this an ongoing list.  ...Sounds time-consuming, so I'll do it here for now.

Objective #1: Require my child to be aware of current events.
Trust me, I don't expect my child to want to watch the news.  But, I can settle that a few different ways.  They could set the table while the news is on, I'll subscribe to a magazine like Time for Kids, or simply force them into discussions at the dinner table about what's going on around the world.  Why? Consider these teachable moments.

Objective #2: Teach child to understand the difference between private and public family facts.
Ha, this one is obvious to just not do.. but I had to find a way to share it.
Objective #3: Thoroughly explain troubling events.
Caution: This may be offensive.  I want to make it clear that s/he was totally serious when s/he said this and didn't understand why it would be so offensive.  S/He really wasn't trying to be funny and truly did have a misunderstanding
If you're a parent and reading this, take a few moments and simply talk to your child about what's going on in the world or clear up misconceptions.  Remember, I teach fifth grade. :)   Despite the terrible things that I hear kids say, there are these candid moments that make me love teaching students of all different backgrounds.   Hope you enjoyed these as well.  I'll keep thinking of more to add. I'm sure there are plenty... I just need to write them down.

Posted by Scott and Selena at 4:51 PM 1 comments

Wow! It's been so long since I last wrote an update. Clearly, there's a lot of updating to do.  But, I need to do some checking in so that my extended family and friends know that I'm still alive.  Hi Grandpa!  That said, expect this blog to be a lot of rambling. 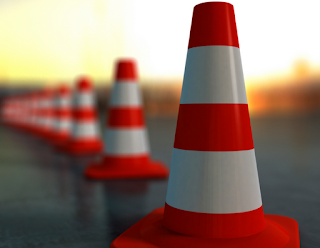 First, I'll admit it.  I failed at my New Year's goal.  It was too ambitious for this year with all the traveling.  I still try to cook, but I'm at the point where buying a weekend's worth of food for two people is about the same as eating out.  Any greens don't last until the next weekend and we certainly can't eat them all in one sitting.  I did make some grilled chicken, mashed 'taters and asparagus so that Scott could have decent non-frozen leftovers, but I think we waste a lot of food.  I think I've done a new recipe every month like my goal states, but I haven't documented it or put much creativity into it. It's just new to us.

The driving back and forth combined with sleeping in 2-3 different places is starting to get old.  Really old.  I used to appreciate the drives.  I'd catch up with the news on NPR, relax from a stressful day, and if I'm lucky, watch a sunset/sunrise.  Now, it's construction season! Ugh.  I don't think there's any possible thing that can make driving through construction multiple times per week exciting.  But, I'm listening to new podcasts and updating my iPod to accommodate the additional half hour or more of time.

More so than the construction, I feel like I'm literally going crazy sometimes.  For any frequent traveling female, I have no idea how you live out of bags.  I tend to wear the same wrinkly clothes over and over (I suppose that's just me being lazy) but lately I have been forgetting items.  Take today for example.  I woke up and realized I left pants at home.  Therefore, I had to dig through my closet at my parent's to find something suitable.  I ended up with an old skirt... thank goodness I haven't changed sizes much since early college.   Then, I was at school and noticed the beautiful weather outside.  Over the weekend, I saw it was going to be a nice week so I packed running clothes.  I spent a good chunk of time convincing myself I was going to run while at school (I don't particularly love or even like running).  I went home to go forth with my plans and guess what?! I only have dress shoes.  Since I haven't mastered running in tennis shoes, I'm certainly not going to upgrade to heels.  Alas, I'm stuck here blogging and trying to convince myself to do something like a workout DVD (boo!).  I don't think I've worked out in like 2 months.. (and I'm left wondering if that is or isn't an exaggeration.  Yikes!)

Overall, I'm finishing up my first year of teaching and Scott's in his last week of his second year of med school.  Don't celebrate yet, while I'm wrapping up school, he'll be in his intensive study period.  Then, it's the STEP 1 Board Exam.  The score, combined with some other things, help determine you're likelihood of getting where you want for residency.  So, it's pretty stressful.  About 8 weeks left until both of our first actual week long break.  We'll be moving to Kalamazoo during that short break, but I plan on enjoying every waking minute of it.  Then, it's right into the Kalamazoo hospitals for rotations and me into my summer jobs.

All in all, we're nearing the end stretch.  We found our place for next year (contract pending), and are excitedly awaiting living together both on the weekends and during the week.

Now, that I've updated you... stay tuned and I'll try to write a more enjoyable post.

Posted by Scott and Selena at 4:30 PM 2 comments