A quick break from our usual updates to give you our annual Halloween picture.  Because #BabyCressman seems to attract media attention, the Halloween photo was already "leaked" via the front page of our local newspaper that is delivered free to EVERY household.

Anyway, here's our little Dragon.  We still haven't mastered how to train him. 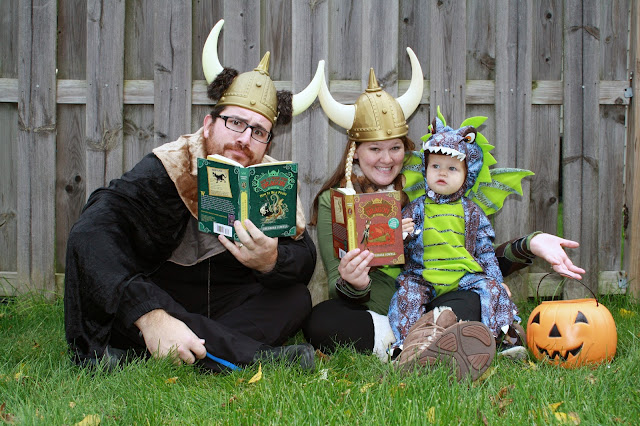 Be safe out there!

Posted by Scott and Selena at 6:08 PM 0 comments

Nolan is a week or so past 21 months.  21 months seems equivalent to turning... 28 or 29? There's nothing really significant. But, the post one-year photoshoots were documented every 3 months, so here you go.  I've stopped referring him as "months old" and give the blanket "almost 2." Everything about him screams toddler, so "almost 2" seems more appropriate. 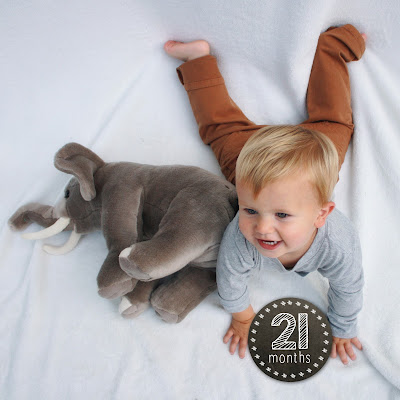 Sidenote: See Scott's InstaGram for what taking pictures with Nolan is like. And, if you're wondering how he got so big, join me on Facebook as I scroll through his monthly picture album (though, I'm behind the screen all emotional and teary about my baby getting too big).

In the world of Nolan, everything is about trucks, trains, books, and balls.  If it doesn't fall into the four categories, it doesn't exist to him.  If you combine books and trains, you're in for a squealy, excited little guy who just can't fathom going to bed until it's read four times.  He also is very much into doing things on his own. 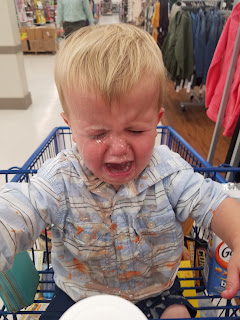 After picking up Nolan, we had to head to a rushed Meijer trip, before we went home and cooked dinner.  Well, we went by the milk aisle, and Nolan had a breakdown when he saw chocolate milk (sidenote: the pediatrician  got him on this when she was trying to get him to drink more milk). I, feeling bad about not seeing him all day and maybe he really was super thirsty, gave into him.  We go about our shopping for a few minutes while he drinks nicely.  I see that he's gulping it down and decide to help him lift the container as it gets lower.  Of course, he was mad because I tried helping him. So, he dramatically tugs back and it resulted in this.  Naturally, wipes were quickly added to the sticky shopping list.  And, if you're thinking I'm a nut, those are also opened goldfish next to him... because it was just that type of shopping trip.

In closing, I truly love this kid.  I would be completely fine with him staying this age forever.  I have probably said that about the last few stages, but it truly is so exciting watching him grow and learn.

Posted by Scott and Selena at 3:22 PM 1 comments