Isaac is officially 15 months (closer to 16 months, but 15 is when the picture was due). 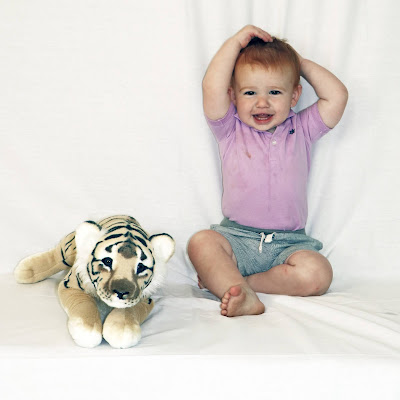 He seems like such a different kid than when we took his one year photos.  Isaac has tons of personality.  He's got a bit of a temper but has the best facial expressions, and he loves to be involved in everything.  He loves to dance, cares for his kitties, loves making messes, and finds a way to escape everything. He adores his big brother's attention, can be found next to dad anytime dad is home, and requires no less than 4 pacifiers to sleep. While he keeps us on our toes, he's the best cuddler, "roarer", and can weasel his way on to any available lap. He and Nolan have their own bedtime routine, that, while crazy, makes me look forward to the bond that they're developing.
Isaac doesn't have many words yet, but he finds ways to communicate his wants very clearly.  Sometimes I worry that the pandemic has caused me to expose him to less than we did with Nolan, but I'm sure that every parent with young kids feels the same. I'm thankful we've had a healthy family and cherish all of our family moments.
Speaking of the pandemic, we also moved across states in the past 3 months. It's been a crazy journey, not without its difficult (unexpected replacement of the HVAC system, new washer/dryer, delayed furniture, etc.), but we're thankful to be closer to family and friends, see Grandparents regularly, and establish some sort of "permanence" again. I have had a sign in my house for years that says "Grow where you're planted," and I think that captures the last few years well.  We're slowly making this new house our home, and we have enjoyed filling the walls with pictures and making new memories. 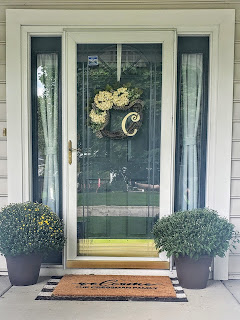 As an update on our medical journey (the whole purpose of this blog originally), we are adjusting to life not "in training", though Scott would say he's still very much training at this job.  Starting a new job during a pandemic has had its challenges, but we are enjoying some consistency/predictability in schedules. Nolan has also started his new job as a kindergartner, and I've started my 10th year of teaching.
Posted by Scott and Selena at 2:13 PM